Apple’s iPad caused a major stir in the tech community after its unveiling in February, but this year has been an exciting one for other companies entering tablet computer market.

The International CTIA Wireless convention in Las Vegas will highlight the most important pieces of the moblie tech world, not the least of which is the next wave of tablet computers.

The iPad is a favorite due to its high-profile release, wide array of applications and loyal Apple following, but what other companies are making headway into the space with tablets of their own? Which are among the biggest rivals to the iPad? 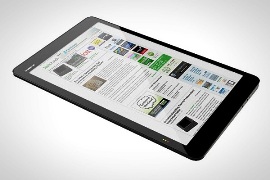 The JooJoo
Officially released in December 2009, the JooJoo is a Linux-based tablet that was originally known as the “Crunchpad.” Featuring only one physical button and a 12.1″ touch screen, the device boasts the “fastest” startup in the world, connecting to the internet in a mere 9 seconds.

It offers full HD video, a virtual keyboard designed for one-hand typing and a web browsing experience that uses touch navigation instead of traditional window browsing. The JooJoo features a 4GB solid state hard drive and can run for up to 5 hours on a full battery charge. 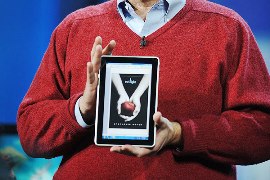 Exhibited as a prototype in the 2010 Consumer Electronics Show, HP’s iPad competitor is scheduled to come out later this year.

A model was exhibited during the CES keynote by Microsoft CEO Steve Ballmer, who demonstrated how the “Slate PC” can utilize the Windows 7 operating system, a webcam and USB ports, as well as “Kindle for PC” applications and various other video functions. The touch screen device is expected to cost about $550, although there has been no official announcement on price. 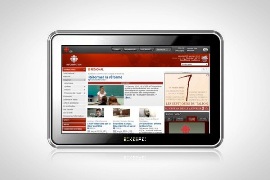 ExpoPC Slate
The ExpoPC Slate is a windows-based tablet, which allows for web browsing, streaming television and movies, as well as apps and ebooks. Dubbed a “finger driven PC,” the screen measures 8.9″ and is capable of HD resolution, while the specs include a 32 GB hard drive as well as a webcam, which critics cite as a major lacking feature of the iPad. The ExpoPC Slate is expected to sell for $599. 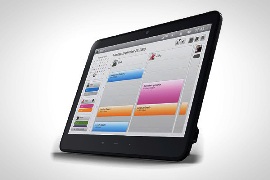 ICD Vega
Another potential competitor to the iPad is the Vega, which was announced in November 2009 and is expected to hit the market in the first half of this year.

Produced by Innovative Converged Devices, the Vega is expected to run the Android 2.0 operating system and features a large, 15.6″ touch screen, although two smaller sizes will be available. The device will have 32 GB of internal SD storage, a removable charging dock/stand and the ability to play on-demand Web TV, according to the company. 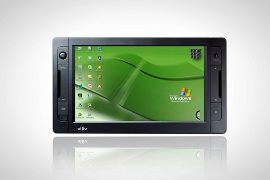 Viliv X70
This device, which debuted in 2009, features a 7″ display, with up to 60GB of storage in the most robust models.

It includes flash support, a digital camera, GPS, 3G and multitasking capabilities. On a full charge, it can also play back up to 6 hours of video. With a starting price tag of $597, this Windows-based iPad competitor has also received positive reviews from the blogger community. 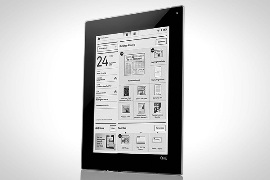 Plastic Logic QUE proReader
Developed by Plastic Logic, the QUE proReader caters to business professionals and is presented mostly as an eReader. The QUE comes in two models, priced from $649 to $799, featuring full color on its 8 1/2″ x 11″ display and Wifi connectivity, the device is 1/3″ thick and is operated using a touch screen interface.

The QUE is expected to launch in April 2010 and plans to use the Barnes & Noble bookstore for its eBook sales. 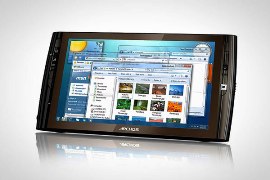 Archos 9
The newest tablet from Archos, which uses Windows 7 as an operating system, has an 8.9″ touch screen capable of 1080p HD resolution and a 60GB hard drive.

The device boasts a number of multimedia functions, including streaming music over the internet, internet radio accessibility and options for web and video chatting. The Archos 9 is the latest evolution in a product line that includes the Archos 5 and Archos 7. 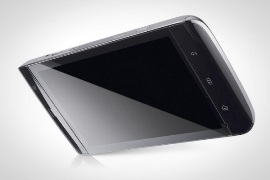 Dell Streak
The Dell Streak tablet employs a 5″ touchscreen and is expected to utilize the Android 2.0 operating system.

The Streak is expected to feature 2 different cameras, one outward-facing 5 mega pixel digital camera and a front facing camera for use in video chatting. The device is expected to have access to the Amazon Kindle store, as well as the Android App store.

Axiotron Modbook
This device mixes Axiotron’s touch screen and tablet technologies with the hardware of an Apple laptop.

For $899, Axiotron will take a Macbook base system and modify it into a fully functioning tablet computer, but you must supply them with the computer. For $1,849, the company will supply the Macbook for you, which has all the functionality of a full laptop combined with the interface of a tablet. 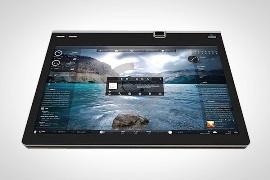 Notion Ink Adam
Expected to be released mid-summer 2010, the Ink Adam will start at $327, with the more robust models priced up to $800. The device can support 1080p high definition video on its 10″ screen and also features a 3 megapixel camera, according to the company.

It promises 3G connectivity, as well as a multitasking interface that utilizes the Android operating system, which allows the user to run applications concurrently. 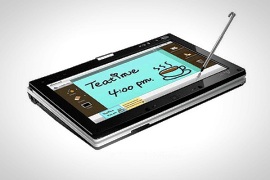 Asus Eee Tablet
Already on the market for around $450, the Asus Eee has a versatile design which allows the device to be used as both a netbook and a tablet with both a touch screen and a traditional keyboard.

Dubbed a “touch PC” it has a 16GB SSD hard drive, slot for a 16GB SD card and an option for 20GB of online storage, which is complimentary for the first 18 months of use. It measures 1″ thick and features an 8.9 inch screen, which can also be used with a stylus to write by hand. 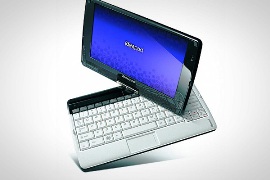 With a 10″ touch screen, up to 250GB of hard drive space and a traditional keyboard that allows 180 degree screen rotation, the device is a middle-ground product between full tablets and netbooks.