Carlos Slim Helu takes No. 1 spot on Forbes World’s Billionaires list as a record 164 10-figure titans return to the ranking amid the global economic recovery.

For the third time in three years, the world has a new richest man.

Riding surging prices of his various telecom holdings, including giant mobile outfit America Movil (AMX), Mexican tycoon Carlos Slim Helu has beaten out Americans Bill Gates and Warren Buffett to become the wealthiest person on earth and nab the top spot on the 2010 Forbes list of the World’s Billionaires.

That massive hoard of scratch puts him ahead of Microsoft (MSFT) cofounder Bill Gates, who had held the title of world’s richest 14 of the past 15 years.

Gates, now worth $53 billion, is ranked second in the world. He is up $13 billion from a year ago as shares of Microsoft rose 50% in 12 months. Gates’ holdings in his personal investment vehicle Cascade (CAE) also soared with the rest of the markets.

In his annual shareholder letter Buffett wrote, “We’ve put a lot of money to work during the chaos of the last two years. When it’s raining gold, reach for a bucket, not a thimble.”

Many plutocrats did just that. Indeed, last year’s wealth wasteland has become a billionaire bonanza. Most of the richest people on the planet have seen their fortunes soar in the past year.

U.S. billionaires still dominate the ranks â€” but their grip is slipping. Americans account for 40% of the world’s billionaires, down from 45% a year ago.

Of the 97 new members of the list, only 16% are from the U.S. By contrast, Asia made big gains. The region added 104 moguls and now has just 14 fewer than Europe, thanks to several large public offerings and swelling stock markets.

The new billionaires include American Isaac Perlmutter, who flipped Marvel Entertainment (MVL) to Disney (DIS) for $4 billion last December. The Spider-Man mogul netted nearly $900 million in cash and 20 million shares of Disney in the transaction.

Also new to the ranking: 27 billionaires from China, including Li Shufu, whose automaker, Geely, announced plans to buy Swedish brand Volvo from Ford in December. The deal is expected to close in March 2010.

Finland and Pakistan both welcomed their first billionaires.

For the first time China (including Hong Kong) has the most billionaires outside the U.S. with 89.

Russia has 62 billionaires, 28 of them returnees who had fallen off last year’s list amid a meltdown in commodities. Total returnees to the list this year: 164.

Eleven countries have at least double the number of billionaires they had a year ago, including China, India, Turkey and South Korea.

The Top 20 Billionaires in the World

â€¢ Telecom tycoon who pounced on privatization of Mexico’s national telephone company in the 1990s becomes world’s richest person for first time after coming in third place last year. Net worth up $18.5 billion in a year.

â€¢ Newspaper outfit’s stock popped in early March on talk he might buy a controlling stake; he denies the rumor.

â€¢ Software visionary is now the world’s second-richest man. Net worth still up $13 billion in a year as Microsoft shares rose 50% in 12 months, value of investment vehicle Cascade swelled.

â€¢ Stepped down from day-to-day duties at Microsoft in 2008 to focus on philanthropy. 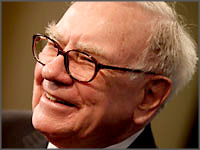 â€¢ “We’ve put a lot of money to work during the chaos of the last two years. When it’s raining gold, reach for a bucket, not a thimble.”

â€¢ Since September company has sold Treasury shares worth $2 billion to be used for acquisitions.

â€¢ Late father, Dhirubhai, founded Reliance and built it into a massive conglomerate. After he died, Mukesh and his brother, Anil, ran the family business together for a brief time. But siblings feuded over control; mother eventually brokered split of assets, with Mukesh getting oil, gas and petrochemicals businesses.

â€¢ Looking to expand in his native India; wants to build steel mills in Jharkhad and Orissa but has not received government approval.

â€¢ Initially bought up steel mills on the cheap in Eastern Europe.

â€¢ Earned $1.1 billion for selling his interest in a Kazakh refinery in December.

â€¢ Sits on the boards of Goldman Sachs, EADS.

â€¢ Funding 400-foot sculpture to be built in London’s Olympic Park in time for 2012 Olympics.

â€¢ Oracle founder’s fortune continues to soar; shares up 70% in past 12 months.

â€¢ Database giant has bought 57 companies in the past five years.

â€¢ Studied physics at U. of Chicago; didn’t graduate.

â€¢ Father, Jean, who died in January, made small fortune in construction; sale of that business later helped fund Arnault’s move into real estate and eventually into luxury goods.

â€¢ Wife is a concert pianist; Arnault himself reported to be an excellent piano player. 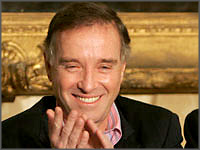 â€¢ Vowing to become world’s richest man–and he may be on his way. This year’s biggest gainer added $19.5 billion to his personal balance sheet.

â€¢ Son of Brazil’s revered former mining minister who presided over mining giant Companhia Vale do Rio Doce got his start in gold trading and mining. Insists Dad didn’t help: “All my businesses started from zero. My father was a problem for me because he never let me near Vale.”

â€¢ Made a pile in resources and other services, but two-thirds of his fortune comes from relatively new source, OGX PetrÃ³leo e Gas ParticipaÃ§Ãµes, the oil-and-gas exploration company he founded in 2007 and took public a year later.

â€¢ Police raided his home in 2008, alleging Batista smuggled gold and unfairly influenced the acquisition of a railroad. He denied all wrongdoing, emerged unscathed.

â€¢ Style maven lords over Inditex; fashion firm, which operates under several brand names including Zara, Massimo Dutti and Stradivarius, has 4,500 stores in 73 countries including new spots in Mexico and Syria.

â€¢ Set up joint venture with Tata Group subsidiary to enter India in 2010.

â€¢ Also owns a luxury apartment complex in Miami; properties in Madrid, Paris, London and Lisbon, a horse-jumping circuit, an interest in a soccer league; has investments in gas, tourism and banks.

â€¢ Railway worker’s son started as a gofer in a shirt store.

â€¢ Daughter Marta works for Inditex; speculation has it she’s being groomed to eventually replace her father.

â€¢ With younger brother, Theo, transformed mother’s corner grocery store into Aldi after World War II. Brothers split ownership in 1961; Karl took the stores in southern Germany, plus the rights to the brand in the U.K., Australia and the U.S. Theo got northern Germany and the rest of Europe.

â€¢ Fiercely private: little known about him other than that he apparently raises orchids and plays golf.

â€¢ Even Kamprad’s frugal image is being questioned, as details of a fancier life (he reportedly drives a Porsche) emerge.

â€¢ Still, no one can question his success: peddled matches, fish, pens, Christmas cards and other items by bicycle as a teenager. Started selling furniture in 1947.

â€¢ Opened first Ikea store more than 50 years ago; chain’s name is a combination of initials of his first and last name, his family farm and the nearest village.

â€¢ Still, shares are up 7% in past 12 months and family fortune rose a combined $13 billion, largely recovering losses from market crash.

â€¢ Christy is the richest of the Waltons thanks to late husband John’s early bet on First Solar; alternative energy stock up more than 350% since 2006 public offering. 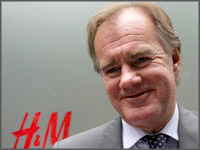 â€¢ Retailer is known for bringing on big names like Karl Lagerfeld, Stella McCartney to design affordable collections for its 1,900 stores.

â€¢ Continuing its designer collaborations with new shoe line with Jimmy Choo that debuted in November and knitwear line with Sonia Rykiel.

â€¢ A founder of the Mentor Foundation, nonprofit that combats substance abuse among youth.

â€¢ Through HW, Li is world’s largest operator of container terminals, world’s largest health and beauty retailer by number of outlets, a major supplier of electricity to Hong Kong and a real estate developer.

â€¢ Asia’s most generous individual has given out $1.4 billion to education, medical research.

â€¢ Humble origins: quit school at age 15 to support his family; made plastic flowers that he exported to U.S. in the 1950s.

â€¢ Eldest son, Victor, helps him run businesses; son Richard struck out on his own in early 1990s and is a billionaire in his own right.

â€¢ Still, shares up 7% in past 12 months and family fortune rose a combined $13 billion, largely recovering losses from market crash.

â€¢ Last year only daughter and heir, Francoise Bettencourt-Meyers, petitioned courts to investigate reported $1.4 billion worth of cash and gifts her mother allegedly gave to Francois-Marie Banier, 61, a well-known photographer, writer and painter whom she befriended. Daughter claims Banier took advantage of her mother, who became a widow in 2007. Liliane denies it; has been ordered to undergo psychological testing before July trial. Mother and daughter apparently no longer speak. 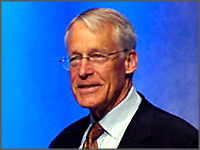 â€¢ Still, shares up 7% in past 12 months and family fortune rose a combined $13 billion, largely recovering losses from market crash.

â€¢ Net worth of globe-trotting investor and nephew of the Saudi king is up $6.1 billion in the past year.

â€¢ Two-thirds of his fortune is held in his 95% stake in Saudi-listed investment vehicle, Kingdom Holding.

â€¢ Alwaleed and Kingdom Holding together own a 3.5% stake in Citigroup. As the bank’s largest individual investor, he has been vocal in his support of its chief executive Vikram Pandit.

â€¢ His palaces and real estate are worth more than $3 billion.

â€¢ Owns jewelry collection he values at $730 million, plus four airplanes, including an Airbus A380.