Larry Gelbart, the American comedy writer who died on September 11 aged 81, developed the hit television series M*A*S*H and co-authored the long-running Broadway and West End farce A Funny Thing Happened on the Way to the Forum as well as the Oscar-nominated screenplay for the film Tootsie (1982).

Hailed as arguably the most successful sitcom in American television history,unflinchingly portrayed the grisly realities of a US Mobile Army Surgical Hospital (MASH) during the Korean War of the early 1950s, offset by the gallows humour of the medical team and assorted nurses.

Gelbart developed M*A*S*H, which aired in Britain between 1973 and 1984, from Robert Altman’s film of the same name (1970). This in turn had been adapted from a novel set in the Korean War by Dr Richard Hooker (real name Hornberger), who was disparaging about Gelbart’s television version. “I like the theme song,” Hooker told him. “After that it gets kind of dull.”

Indeed it was the film’s haunting theme â€“ entitled Suicide Is Painless â€“ that had originally drawn Gelbart to the project; he later noted that it had flavoured his scripts to the extent that he found himself writing “comedy in a minor key”.

As in the film, Gelbart portrayed the antics of the cynical, war-weary personnel of the 4077th MASH as they performed hurried “meatball” surgery on incoming wounded. Although set in Korea, the show was really about the Vietnam War which, by the time M*A*S*H aired in America in 1972, was proving increasingly unpopular and unwinnable.

Gelbart’s quickfire, gag-laden scripts, underpinned with frequent references to sex, often dealt with such hitherto taboo issues as inter-racial marriage, adultery and homosexuality, and his decision to leave the show in 1976 was due partly to the exhaustion of relentlessly battling studio executives over controversial storylines. (“War is hell,” Gelbart commented, “So is TV.”) He had presided over 97 of the show’s eventual 251 episodes.

M*A*S*H was showered with awards, earning 14 Emmys and 99 nominations. It continued to win big audiences until February 1983 when Alda called a halt, believing it would soon run out of things to say. The last episode attracted 125 million viewers in America.

Mel Brooks, who worked with him in the early 1950s, called Gelbart the “fastest of the fast, the wittiest man in the business”. During the filming of Tootsie, when he fell out with the star, Dustin Hoffman, Gelbart fashioned a typically mordant put-down: “Never work with an Oscar winner who is shorter than the statue.”

Larry Simon Gelbart was born on February 25 1928 in Chicago. His Latvian father worked as a barber, his Polish mother as a seamstress, and young Larry spoke only Yiddish until the age of five. His parents encouraged his cultural stirrings, starting him in tap dancing lessons when he was seven and later clarinet lessons with Duke Rehl, who had taught the young Benny Goodman. In 1942 Larry’s father moved the family to Beverly Hills, enrolling his son at Fairfax High School where the boy put together sketches and comedy monologues.

Every week Harry Gelbart shaved the comedian Danny Thomas, then considered the funniest storyteller on radio. When Gelbart mentioned his son’s comedy writing ambitions, Thomas (on the strength of a sample of his work) introduced Larry to his scriptwriter Mac Benoff, whom the boy visited after classes to work on jokes.

Larry found radio work followed on NBC’s popular show Duffy’s Tavern and by the time he was 17 was earning $50 a week. His first full-time job was as a writer for Sid Caesar on Caesar’s Hour, followed by stints working for Bob Hope, Jack Paar and Red Buttons. In 1950 Gelbart moved to New York to write for Caesar’s television comedy series Your Show of Shows. Of the other young writers there, three â€“ Mel Brooks, Neil Simon and Woody Allen â€“ were future stars.

Gelbart’s first big success came in theatre with A Funny Thing Happened on the Way to the Forum, one of biggest musical hits of the 1960s, which he co-wrote with Burt Shevelove. Inspired by the farces of the ancient Roman playwright Plautus, whom Gelbart considered his greatest single influence, and with music and lyrics by Stephen Sondheim, the original Broadway production of 1962 starred Zero Mostel. When it transferred to London’s West End the following year, with Frankie Howerd starring as the slave Pseudolus, the critic Alan Brien in The Sunday Telegraph called it “the cleanest dirty musical of the decade”.

Gelbart had moved his wife and family to London during rehearsals for the British production, intending to return to the US once the show had opened. In the event he remained for nearly nine years, in part drawn to British television which he lauded as “entertainment and information without titillation, programming devoid of censorship”.

He ventured into British television comedy in 1971, producing The Marty Feldman Comedy Machine for ATV. The project kept him so busy that when his old friend Gene Reynolds, a producer at Twentieth-Century Fox, suggested he might write a pilot script for a television spin-off series of M*A*S*H, Gelbart felt too pushed for time. Two months later he finally dictated his pilot script to an ATV secretary in a 48-hour creative frenzy, mailing it to California from an all-night post office in Trafalgar Square. The series made its American debut in the autumn of 1972.

Shot on film with a single camera, the series M*A*S*H used the elaborate set left over from Altman’s feature film. As it found its voice, Gelbart developed his scripts to weave several different plot lines together in single episodes, becoming the first television writer to use this multi-layered storytelling technique in a single half-hour format.

A lifelong Anglophile, Gelbart returned frequently to London, often to oversee theatrical projects with which he was involved. These included, in 1993, the award-winning musical City of Angels, which attracted rave reviews. Gelbart published his memoirs Laughing Matters in 1998. “I just hope they remember to put RIP on my tombstone, and not M*A*S*H,” he had told The Daily Telegraph five years earlier. “Or maybe it will be R*I*P â€“ with asterisks.”

Larry Gelbart married, in 1956, Patricia Marshall, with whom he had two children and raised three from her previous marriage. His wife and four of their five children survive him. 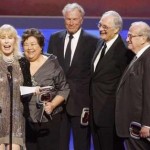 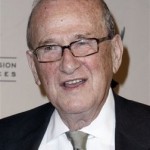 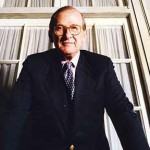 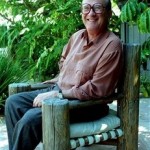 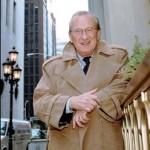 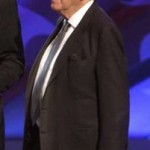