The nation’s second-largest bank, which lost $2.24 billion after accounting for preferred dividends, said its losses for failed loans came to almost $10 billion during the July-September period, up almost $1 billion from the second quarter. The bank also added $2.1 billion to its reserves to cover bad loans, bringing its total reserves to $11.7 billion.

Bank of America’s results were aided by profit from investment bank Merrill Lynch, including income from bond, stock and currency trading.

Its earnings follow the pattern set this week by Citigroup Inc. and JPMorgan Chase & Co., which also reported more loan losses during the third quarter as consumers struggled to keep up with their credit card and mortgage payments. Both JPMorgan Chase and Goldman Sachs Group Inc. reported big gains from their trading operations.

Revenue in the quarter increased 33 percent to $26.04 billion.

The loss was 5 cents more per share than the 21 cents forecast by analysts surveyed by Thomson Reuters Inc. Investors sent Bank of America shares down 59 cents, or 3.3 percent, to $17.51 in premarket trading. Shares closed Wednesday at $18.10.

“Obviously, credit costs remain high, and that is our major financial challenge going forward,” CEO Ken Lewis said in a statement accompanying the earnings report. “However, we are heartened by early positive signs, such as the leveling of delinquencies among our credit card numbers.”

Bank of America is considered particularly vulnerable to unemployment, which climbed last month to 9.8 percent in the U.S. Economists predict the jobless rate will pass 10 percent in the coming months.

The bank’s massive portfolio of credit-card loans could be an for how well the industry at large will fare. The bank has about 53 million consumer and small business customers, making it vulnerable to delinquencies and defaults, yet also ready to thrive when the economy recovers.

The loss in the bank’s home loans and insurance division grew to $1.6 billion from $54 million a year ago, as credit costs continued to rise.

The bank, which being investigated by federal authorities for its Merrill acquisition, has received $45 billion in bailout funds as part of the Treasury Departments $700 billion financial rescue package. It’s not known when it will repay the government.

Lewis, who is retiring at year’s end, has agreed to give up his salary and other compensation for 2009. 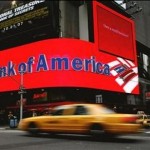 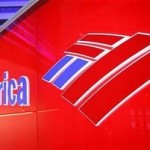 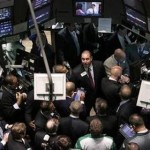 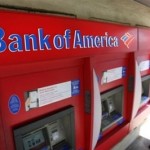 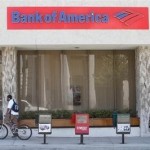 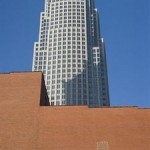 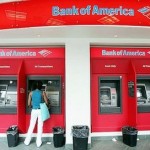 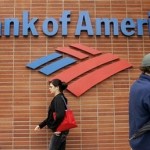 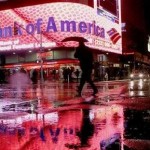 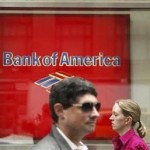 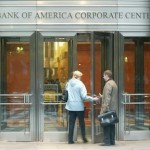 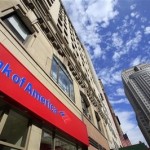