The story’s premise is that every five thousand years, in conjunction with a planetary arrangement, a ‘Great Evil’ appears whose purpose is to destroy life. In preparation for the next appearance in 2263, a group of aliens called the Mondoshawan arrive on Earth in 1914 to extract the only weapon capable of defeating the Great Evil, a collection of four stones representing the Classical Elements and the eponymous Fifth Element that conjugates the other four into organic life.[1] After taking the weapons, the Mondoshawans present a key to a priest and tell him to pass the information provoking their mission through future generations in preparation for the Evil’s arrival.

In 2263, the Great Evil appears and destroys an interplanetary battleship. When the Mondoshawans attempt to deliver the Elements back to Earth, they are ambushed by another alien race, the shape-shifting Mangalores. Earthly scientists are able to recover a portion of the Fifth Element and use a reconstitution device to recreate it, whereupon it takes the form of an apparently human woman named “Leeloo” described as “the perfect being”. Leeloo, terrified of her unfamiliar environs, escapes the scientists and arrives in the care of taxi driver Korben Dallas, a former major in the Federated Army’s Special Forces. Dallas then delivers her to Priest Vito Cornelius, the current holder of the Mondoshawans’ knowledge. Dallas, Cornelius, and his acolyte David help Leeloo recover, though Dallas is forced out of Cornelius’ apartment before learning her purpose. 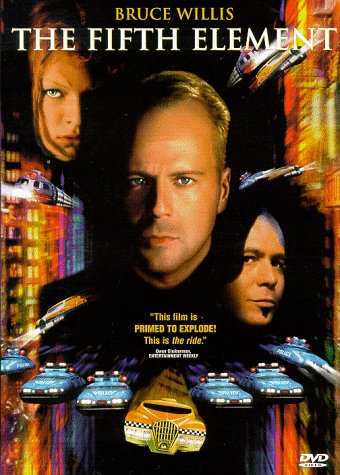 Cornelius learns from Leeloo that the four Elements were not carried by the Mondoshawans but instead entrusted to Diva Plavalaguna, a singer currently performing on a luxury space liner at Fhloston Paradise, and that Leeloo must recover the stones from her. Meanwhile, wealthy industrialist Jean-Baptiste Emmanuel Zorg has attempted to gain the stones as urged by communication with the Great Evil. After learning that the Mangalores’ attack on the Mondoshawans was unsuccessful in recovering the stones, Zorg betrays and kills them, whereupon the surviving Mangalores decide to extract revenge and gain the stones for themselves.

Dallas is later met at his apartment by his General Munro, who informs him that he has been drafted into the Army in order to travel to meet the Diva, having rigged the annual Gemini Croquette Contest to allow Dallas to win. Their meeting is interrupted by the arrival of Cornelius and Leeloo. Dallas, learning of Leeloo’s need, offers to help, but is knocked out by Cornelius, who steals his winning transportation tickets and departs with Leeloo. Dallas accepts the job from General Munro and travels to John F. Kennedy International Airport, intercepting Cornelius, David, and Leeloo before they board their flight, and escorts Leeloo. The Mangalores and Zorg’s assistant are rebuffed by the ticketing agent when they try to pose as Dallas. Cornelius instructs David to prepare the temple and then sneaks aboard the passenger spaceplane before it leaves.

On the flight, Dallas meets interstellar radio personality Ruby Rhod, who escorts him for being the contest winner. Upon arrival at Fhloston Paradise, Dallas is taken by Ruby to prepare for the show, while Leeloo waits near the Diva’s quarters in order to retrieve the stones from her after her performance. The Diva’s show is interrupted by the Mangalores, and the Diva is fatally shot. Dallas learns from her dying words that the Diva has hidden the stones inside her body; after she dies, Dallas extracts them, giving them to Ruby to hold as he defeats the Mangalores and saves the rest of the passengers and crew. Leeloo is able to defeat the Mangalores that attempt to ransack the Diva’s quarters. Zorg, having flown himself to Fhloston, fights Leeloo at the Diva’s quarters, injuring her and forcing her to retreat. This allows him to take the case he believes contains the stones while starting a time 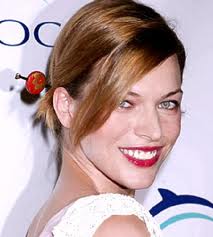 bomb. When Dallas goes to recover Leeloo, Zorg finds the case to be empty. Zorg re-enters the liner just as Dallas, Leeloo, Cornelius, and Ruby leave it on Zorg’s ship. Zorg is able to stop his bomb; but the defeated Mangalores activate another bomb, destroying Zorg and the liner.

The four return to the temple on Earth as the Great Evil rushes towards the planet. There, Dallas finds Leeloo disillusioned and unwilling to perform her role, believing that humans will destroy themselves despite her rescue of them. As the protagonists arrange the stones in the temple to form their weapon, they are briefly baffled by their ignorance of the weapon’s operation, but discover that each stone is triggered by the presence of the Classical element to which it corresponds. Dallas then convinces Leeloo to perform her role, embraces her, and kisses her. At this, Leeloo releases the weapon’s “Divine Light”, causing the Great Evil to become a new moon in Earth’s orbit. Later, the President and General Munro go to the reconstitution lab to congratulate Dallas on his successful mission, but he and Leeloo are unavailable, despite the president’s assertion that he is in a hurry. Viewers then see he and Leeloo are making love in the resurrection chamber.

Posted in The Fifth Element.

The 7 Steps of Hand Washing